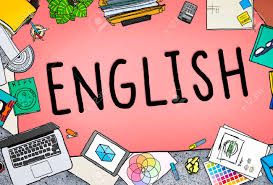 English is the language of science, of aviation, computers, diplomacy, and tourism. Knowing English increases your chances of getting a good job in a multinational company within your home country or for finding work abroad. It’s also the language of international communication, the media and the internet, so learning English is important for socialising and entertainment as well as work!

In today’s world, multilingualism is becoming more and more important. In addition to opening up employment opportunities, being able to speak a foreign language helps to make a real connection with people and to know more about diverse cultures, places and lifestyles. The more proficient you are, the better you can express yourself.

Let’s look at the top 10 reasons why studying English is so important:

1. English is a global language

English is the most commonly spoken language in the world. One out of five people can speak or at least understand English!
2. Studying English can help you get a job
English is the language of science, aviation, computers, diplomacy, and tourism. Knowing English increases your chances of getting a good job in a multinational company within your home country or of finding work abroad.
3. Learning English can help you meet new people
English is the official language of 53 countries and is used as a lingua franca (a mutually known language) by people from all around the world. This means that whether you’re working in Beijing, or travelling in Brazil, studying English can help you have a conversation with people from all over the world.
4. Many scientific papers are written in English
In the last century, the number of scientific papers written in English has started to outweigh the number of papers written in the native language of the researcher. In the Netherlands, for example, the ratio is a surprising 40 to 1. For this reason, having a knowledge of English is incredibly important to those working in the scientific field.
5. English is the language of the media industry
Because of the prominence of Hollywood in global media, an enormous amount of films, TV shows and popular songs are written in English. If you speak English, you won't need to rely on translations and subtitles anymore to enjoy your favourite books, songs, films and TV shows.
6. English is the language of the Internet.
English is a particularly important language online with more than half the content on the internet written in English. As well as this, some of the world’s largest tech companies are based in English speaking countries.
7. Travelling is a lot easier with a good knowledge of English
Imagine you’re a Spanish person on holiday in Thailand, while your hotel receptionist might not be able to answer your question in Spanish, it’s likely they will be able to answer your question in English.
8. English is one of the most important languages for business
Whether you’re a business owner, student or employee, English is incredibly important in the business world. English is considered to be one of the most important business languages due to being the de facto language of the United States and the official language of the UK, Canada, India and South Africa.
9. With English, you can study all over the world
Since English is spoken in so many different countries there are thousands of schools and universities around the world that offer programmes in English. If you speak good academic English, there're lots of opportunities for you to find an appropriate school and course to suit your needs. Find out about going to university in an English speaking country.
10. English gives you access to multiple cultures
Good knowledge of English will allow you to access films, music and literature from hundreds of countries around the globe. Not to mention the fact that numerous books from across the world are translated into English. Few experiences will make you grow as a person more than learning the values, habits and way of life in a culture that is different from yours.