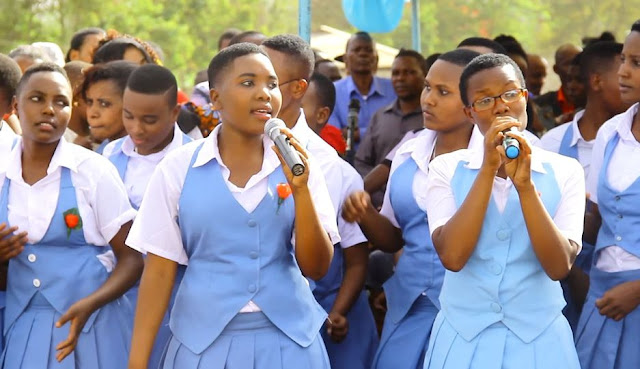 According to Tanzania Education Syllabus

WHY WE STUDY KISWAHILI

The most spoken language in Africa is Swahili which is said to have between 100 and 150 million speakers. Known as a ‘Bantu’ language, Swahili apparently originated from other languages like Arabic. This is the official language of Tanzania, Uganda, the Democratic Republic of Congo and Kenya, but it is also used in countries like Ethiopia, Sudan, Burundi, Rwanda, southern Somalia, northern Mozambique and the Comoros Islands. Swahili is the main medium of instruction in schools and it’s not considered a difficult language to learn, especially if you already know some Arabic.

It is aired in radio broadcasts such as the British Broadcast Corporation, Voice of America, and Deutsche Welle. It is heard in songs of famous singers such as Miriam Makeba and in popular films like the Lion King. African-Americans refer to their annual cultural festival as Kwanzaa, which is derived from the Swahili word kwanza or ‘first.’

Swahili is taught in academic institutions from Japan in the East to Mexico in the west. It can be used to fulfill language requirements. The study of Swahili also provides interesting issues regarding language policies and language planning. Whatever the area of research one is in, be it linguistics, anthropology, geography, archaeology, or even sociology, knowledge of Swahili and its many varieties is essential if one is working in the East African region. There are many benefits of knowing the Swahili language, including the fact that it serves as a good vehicle to accessing Swahili culture. Swahili has a long written tradition and remarkable history. Finally, knowing Swahili enhances the credibility of researchers interested in East Africa.